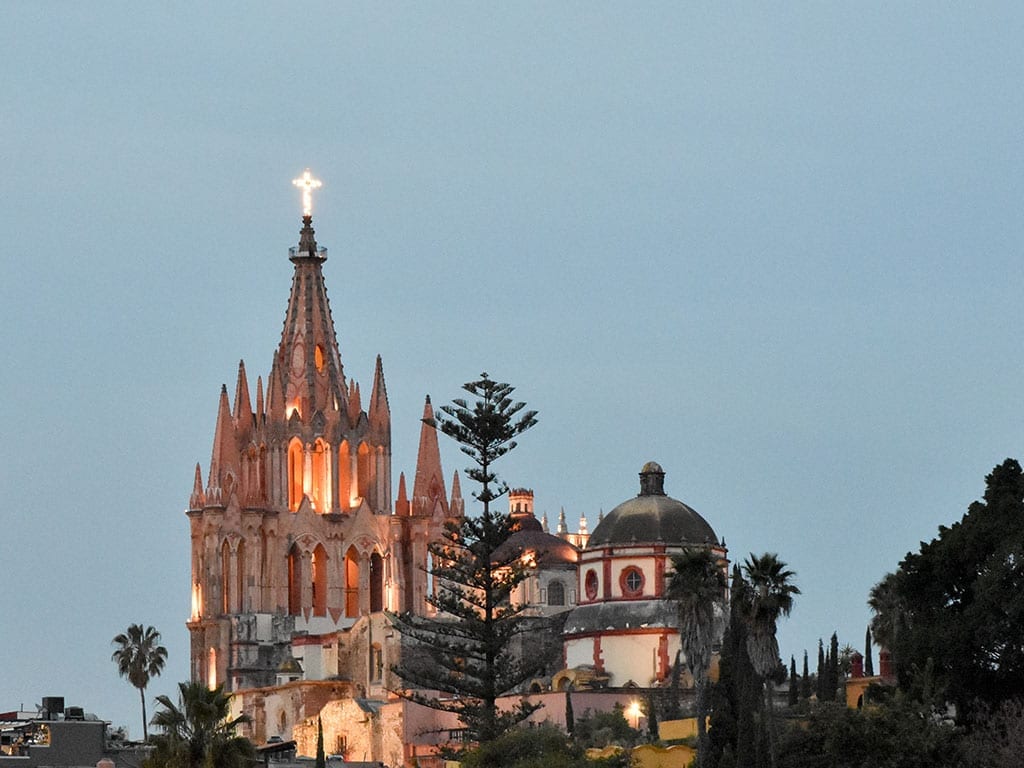 San Miguel de Allende is a vibrant blend of Spanish and Mexican influences and is rich with romance, culture and historic charm. To understand the city’s origins, direct the time machine back to 1542 when the Spanish arrived in this part of the world and Franciscan Friar Juan de Miguel established an outpost for the Catholic Church a few miles away from the town’s present location.

When the river next to the settlement dried up one year, legend has it that a few of the Friar’s favorite dogs wandered off in search of a drink, and the Friar searched high and low until he found them relaxing next to a bubbling spring. He promptly moved the mission to the town’s current location, which made for happy dogs and an unlimited supply of water.

San Miguel remained a sleepy little settlement until silver was discovered nearby in 1557 and it rocketed from a small and relatively unimportant outpost to an important hub in New Spain. A Spanish fortress was built to protect the Silver Road, and soon the surrounding area was settled by ranchers, farmers and wealthy silver barons, who helped create a prosperous commercial center. 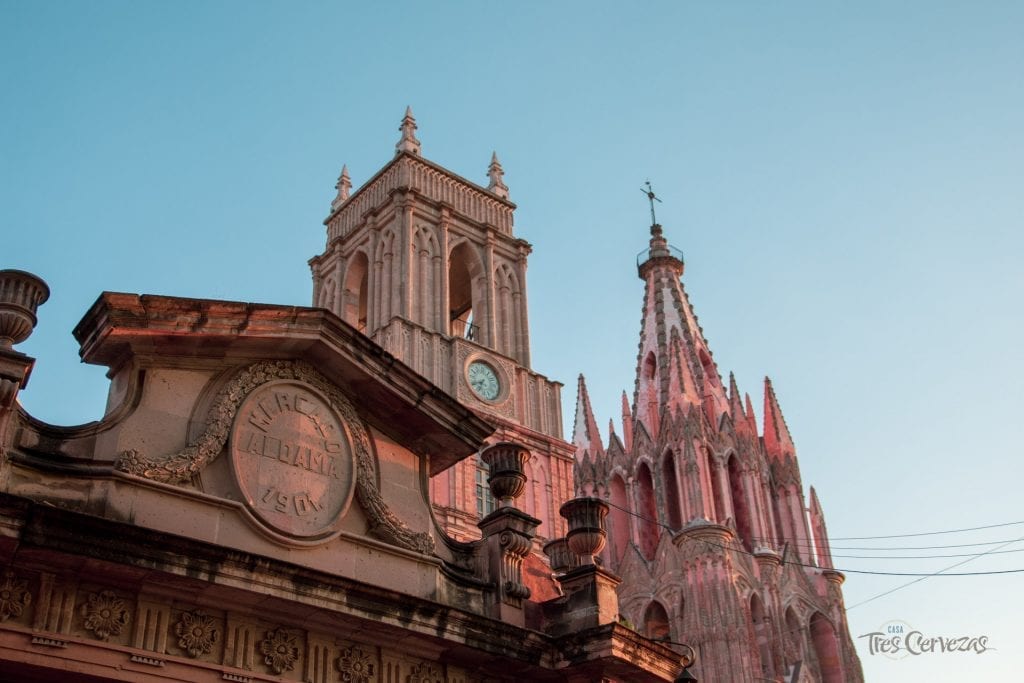 A few centuries later the town was the birthplace of the victorious Mexican War of Independence against Spain, thanks to native son Ignacio Allende, who was born in the town in 1779. He was a strong believer in Mexican independence and a leader in the 1810 uprising against Spanish rule.  Although he perished in the fight, he was honored in 1826 when the town renamed itself San Miguel de Allende — and to this day he’s celebrated as a national hero. 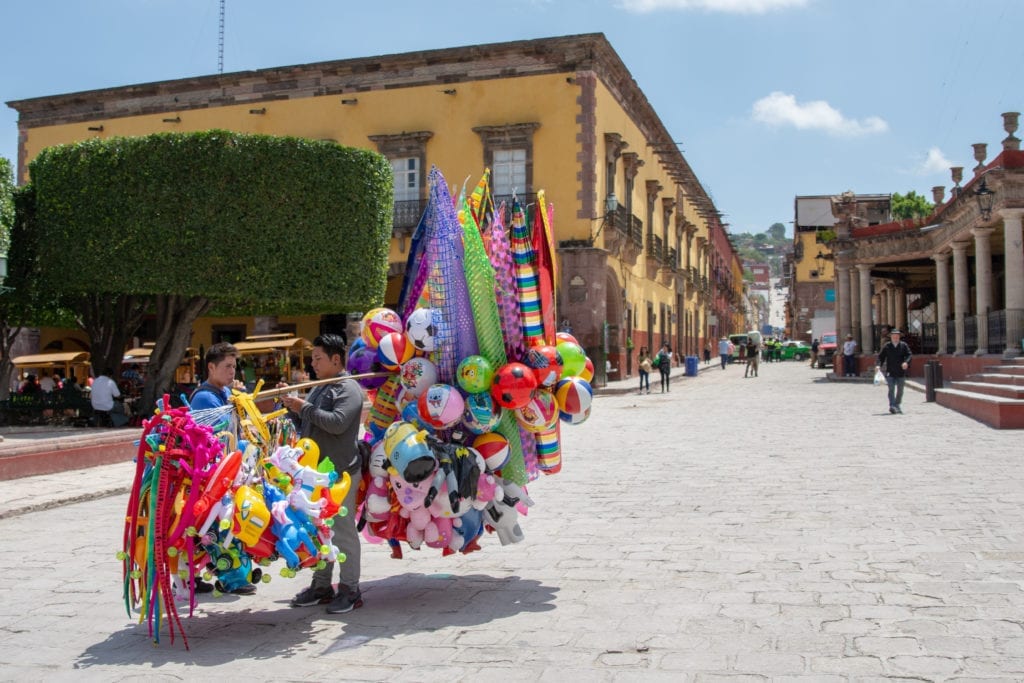 As the region’s silver ore was depleted in the 19th century, the town declined and by the early 1900s, the town had turned into something of a ghost town.  But in 1926, showing great forethought, the Mexican government declared the town a national monument, preserving its historic buildings along with its charm.  Thanks to its romantic beauty and a few lucky twists of fate, by the late 1930s and early 1940s the town began to attract artists and writers.

A key player in this transformation was a Peruvian diplomat-in-exile and artist, who was so struck by the quality of light when he visited that he started an arts school, Bellas Artes and hired world famous mural artist David Siqueiros to teach and paint. Then entered Stirling Dickinson, a Chicago art student who got off a train—and then a horse-drawn cart—and landed in San Miguel in 1937 and was moved by its beauty and potential. He settled in and later founded another art institute, as well as other centers and charitable organizations.

Meanwhile, when WWII ended, the Bellas Artes school was on the list for the GI bill, and the first group of American ex-patriots arrived to study and create. By the 1950s San Miguel was on the map as one of the world’s leading art colonies and artistic destinations.

In 2008, UNESCO named San Miguel a World Heritage Site, citing it as a cradle of Mexican independence and highlighting its fascinating integration of architectural styles — from Baroque to neo-Gothic — within a 16th-century Spanish colonial layout. It’s known today as place where artists still thrive, as well as a top tourist attraction because of its breathtaking old-world beauty, fabulous shopping, fine food and plethora of things to do. 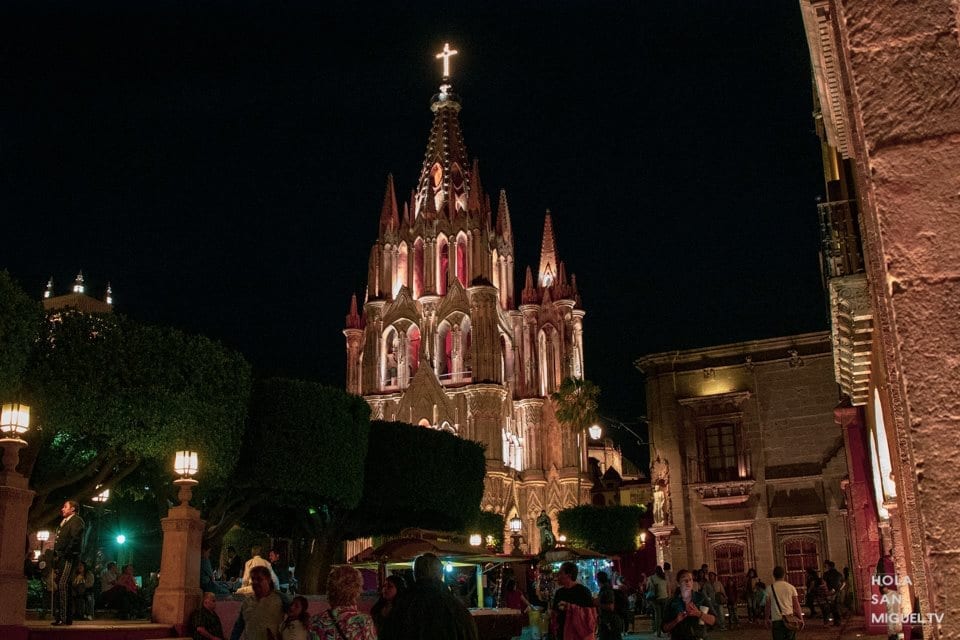 The most famous building in town is the grand and fanciful pink La Parroquia de San Miguel Arcángel church, which stands guard over town square, called El Jardín.   The tallest building in the city, its multi-spired façade was thought to be inspired by the Gothic churches of Europe when (according to legend) its architect used a series of picture postcards for inspiration – but his own unusual imagination was at play as well. Its unique blend of Mexican and Gothic styles is particularly stunning when lit up at night. 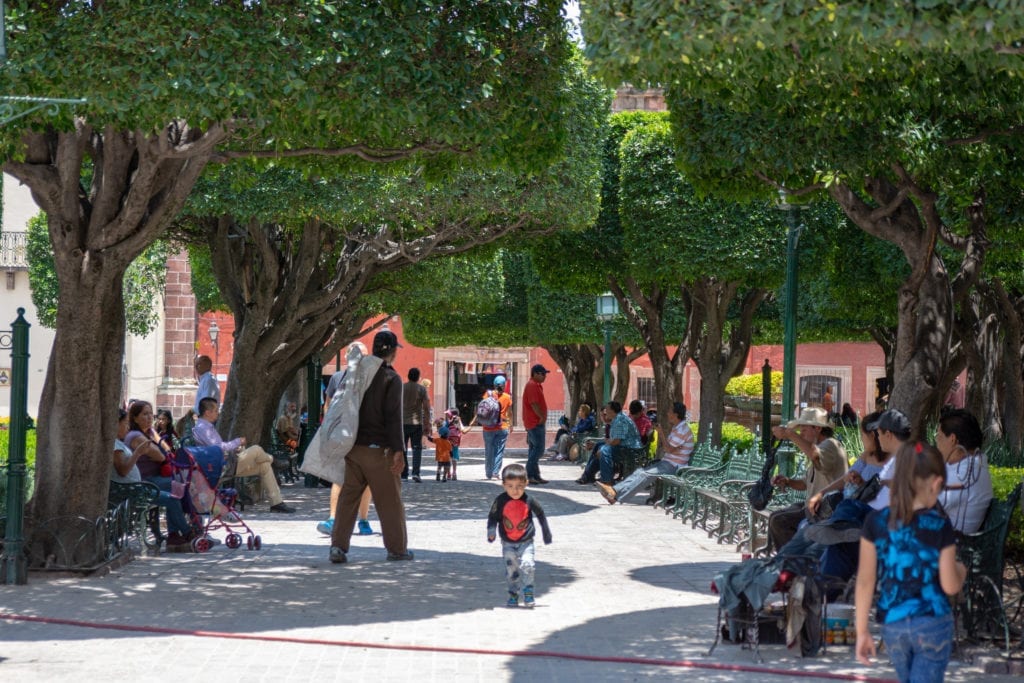 The Jardín is the town’s heart and center where small trees with canopies clipped into geometric shapes offer shade to locals and tourists who relax throughout the day and evening on its wrought iron benches. In the evening, lovers smooch and mariachi bands stroll…and for a small sum you can request a tune complete with trumpets, violin, guitarrón, singers and more.

From the Jardin, it’s an easy stroll to quiet and peaceful Benito Juárez Park, a small French-style garden that is near where El Chorro – the place where the dogs had a drink a half a millennium back – still bubbles.  It’s the town’s waterworks and public laundry, and Mexican women still come to wash clothes here. There are fountains, basketball courts and winding paths that meander through shady gardens and public cultural events and classes are often staged here.

One of San Miguel’s most beautiful buildings is the nearly 250-year-old Centro Cultural Ignacio Ramírez “El Nigromante,” aka Bellas Artes. Its recently renovated art galleries often feature Mexican artists, many of whom graduated from the school, but particularly impressive are the frescoes by one of Mexico’s finest muralists, David Siqueiros done in the 1940s. 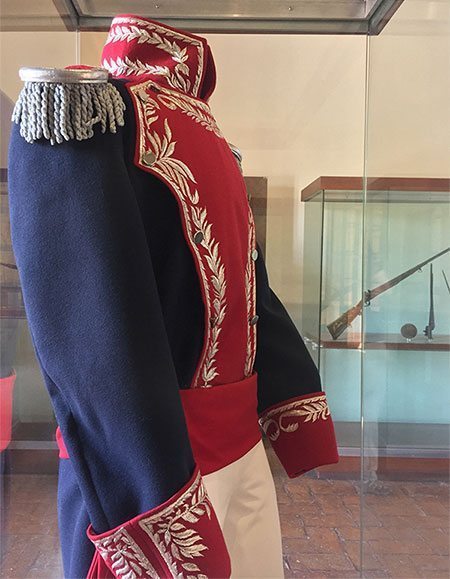 The birthplace and former house of town namesake Ignacio Allende is now the Museo Casa de Allende, San Miguel’s history museum that chronicles the area’s past from pre-Columbian times up through independent Mexico. Several rooms are dedicated to the life of Ignacio Allende and his role in the independence movement, so you can see how it would have looked during his lifetime.

Once in San Miguel, if you want to dig deeper, there are many historical tours that go into more information about the beautifully preserved buildings and the town’s glorious past. 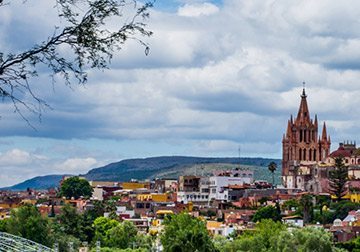 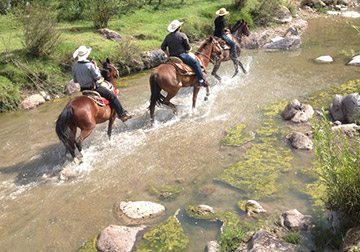 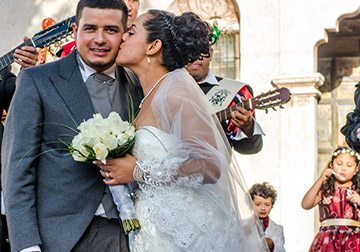 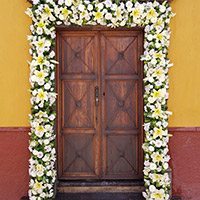 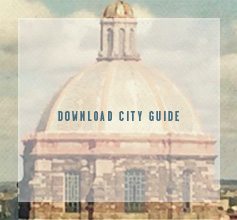